If you're new to buying health insurance on your own, or even if you're among the more healthcare savvy, you've probably heard the term open enrollment period being used in excess lately.   In short, open enrollment represents the time when new plans can be purchased, as well as when existing plans can be renewed, adjusted or modified to better reflect your needs. 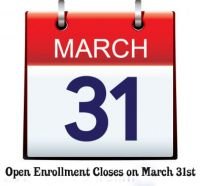 There are a few characteristics that make the 2014 open enrollment, which began on October 1st 2013 and runs through March 31st 2014, which make it unique from anything we've known in the past.  At the most significant level, changes and temporary coverage suspension will not be allowed under the new system.

In other words, you won't have the freedom to downgrade your plan if life hands you a financial hardship, just as you will not be able to "buy up" if you decide that you want better coverage.  Some changes will be allowed, however, including those relating to changes in marital status, having a baby and a handful of others.

When Will Coverage Kick In?

The universal date for coverage on the first of the following month, is the 15th of the previous month.  For example, let's say that you absolutely needed to be insured on the first of March 2014.  In order for your health insurance to be active and ready to use, you would need to be enrolled by February 15th.

However, here's something worth definitely keeping in mind.  Since this year's open enrollment closes on March 31st, those who enroll by March 15th will be guaranteed coverage on April 1st.  Enrolling after that final and very busy week in the industry, though, will result in coverage that does not become active until May 1st.  That's a long delay and something to be conscious of as you make your decisions.

History has taught the masses that, when it comes to crucial deadlines, they have a tendency to sneak up more rapidly than we often expect.  The 2015 open enrollment begins on November 15th of 2014, and the deadline to have valid coverage on the first of January is December 15th; again, following the universal '15th day' guidelines.

If you'd like to speak with an Illinois licensed health insurance agent, we invite you to contact Premier in Lisle/Naperville and Chicago at our website or through e-mail directly.  You can call us toll-free at 800-369-0287 for honest answers to your open enrollment inquiries.