When the Obama administration announced that businesses would be given an additional year to prepare for the rollout of the Affordable Care Act, there was immediate blowback from scores of consumer groups seeking the same leeway.  Sadly, the People will just have to wait.

On August 13th, in a move that takes direct aim at consumers, it was announced that the out-of-pocket maximums originally drawn into the Affordable Care Act, would be delayed for one full year.  Originally, individuals were to be limited to a maximum $6,350 out of pocket, with families limited to a max of $12,700 spent annually.  This, however, was put on hold.  Why?  According to a senior member of the administration, the move is being made to give insurance companies time to update their technology, to provide better service. 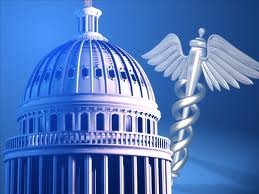 Despite the fact that most healthcare plans will have out-of-pocket maximums, here's what this recent announcement really means:  On top of being made to purchase health insurance, major health insurance, carriers such as Blue Cross, Humana, and others, now have a full year--and the government's permission--to berate you with whatever they feel like charging.  Think this is an exaggeration?  Ok, ask yourself: how much does an MRI cost?  Don't look it up, just guess.

Now, would your argument have any weight, if your insurance provider told you that an MRI cost $40,000, when you know it has never been this high?  And because no limits are in place, guess who's responsible?

How will Healthcare Reform Affect Your Family

Under the original tenets of the health care reform bill, one of the key points was the specific out-of-pocket limits to be imposed on consumers.  You could argue that, on some levels, this was one of the most crucial points to adhere to.  And yet, here were are again, Uncle Sam blatantly reminding us that it's OK to massage the collective shoulders of corporate America, while families who are already struggling, are dealt another crushing blow.

So, it's safe to assume that 2014 is going to be an exceptionally good year for those benefiting from this cap delay.  Because really, there's now no limit to what major health insurance carriers can hold individuals and families responsible for.  What we would like to know is, in what universe does any of this make sense?  Business have been given and additional year to plan for a massive health care overhaul, yet consumers (the ones who keep thin in business) are forced to not only to buy health coverage, but to moreover accept any bill at any cost?

Here's an example of why this is so very wrong.  Let's flash forward to June of 2014.  You're a family of four in Illinois, and well within the 4X poverty levels required for coverage under Obamacare.  Then, let's say, your child becomes severely ill or injured.  The medical bills soar, and come at you non-stop.

Had our government stuck to what they originally sold us on, the maximum that this catastrophe would cost you is 12,700.  However, back in August of 2013, it was decided that out of pocket maximums are not necessary for families for the first year.  When the final bill comes (for a tragedy that's likely drained every ounce of energy you have), you learn that you owe $160,500 of the original one-million plus dollars in treatment (purely hypothetical numbers).  Had the originally-stated limits been upheld, you would be responsible for the $12,700.  But hey, what's another $147,800 among hardworking patriots?

What's Next for Obamacare?

Since its inception, There have been many speaking out about Obamacare; saying that it was strategically developed to break the backs of working Americans.  While we're not going to make that huge leap just yet, moves like this really  make you wonder if the naysayers and skeptics were actually on to something.  What we do know, is that this is going to devastate many good people and families.

The passing of the Affordable Care Act allowed many people to have hope; most notably those dealing with serious conditions like heart failure, cancer (currently 1 in 2 adults, by the way according to CDC estimates), stroke victims, those involved in serious accidents and others.  Many good people have been planning their lives around the financial safeguard that limited out of pocket maximums provide.  With those gone, so too is their hope.  And as remarkable as it may seem, for many, this is more death sentence or guaranteed bankruptcy, than it is an administrative snafu.

When you step back and look at it objectively, this is just another example of our government flexing its ability to change its mind at will, while siding with corporations and giving no concern for the lives that are affected in the process.  But making the rules up as you go along when lives are at stake?  Where does the line get drawn, does it even exist anymore?

Premier Can Answer Your Insurance Questions

If you're in Illinois or the Chicago area, and have questions on how out-of-pocket maximums will affect you under 2014 healthcare reform, we're here to help.  Premier has been up to the minute regarding changes brought on by the Affordable Care Act, and we'll be happy to answer any questions you may have.  Call us at 800-369-0287 or e-mail us.